Some OTA News And Notes

Casey Hayward made waves by sitting out OTA's with a foot injury. With his injury second year CB Demetri Goodson was playing with the first team defense all week. 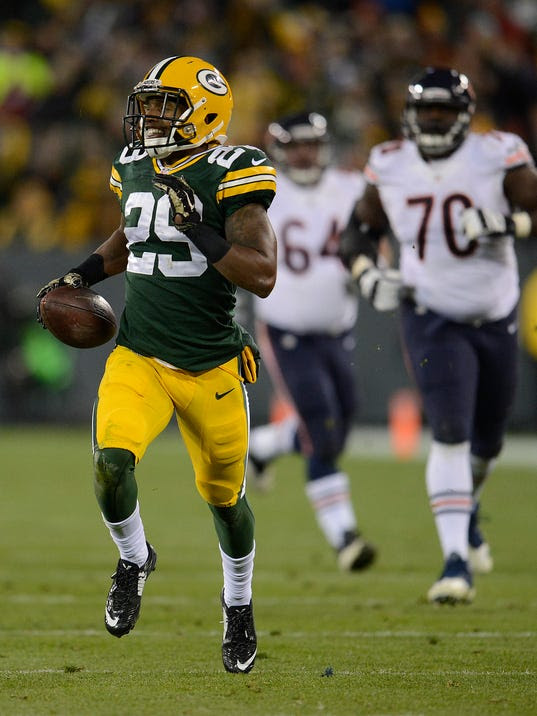 Aaron Rodgers made his first comments since the Offensive staff changes and doesn't expect much to change. As quoted over at PackerNews.com 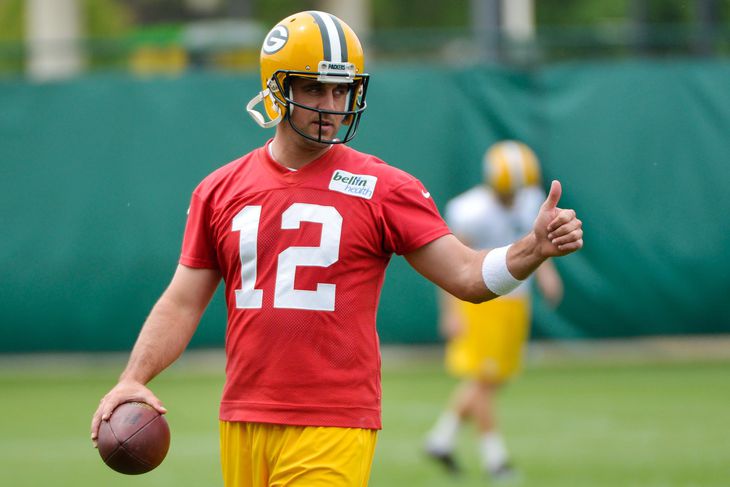 In his first public comments since the change was announced, Rodgers believes it will be business as usual once the regular season begins.

"I think it's something he's been thinking about for a few years now," Rodgers said. "I'm not speaking for him, but I'm thinking that he's been wanting to get maybe a little closer to some of the other areas of the football team. When you're so dialed into play calling, having the ability to have eyes on what they're doing on the defensive side of the ball, on special teams, I think was important to him."

Other Notes From MM presser this week :
> No Nelson: Jordy Nelson was the biggest name on the sidelines, and he was vague about his return. The Pro Bowl receiver would not even confirm what kind of surgery he had on his hip this offseason. "Don't have any worries about anything that's of importance down the road," Nelson said. "But we feel excited about where we're at." Nelson said his hip bothered him last season, when he set career-highs with 98 catches and 1,519 yards. "Obviously if it didn't bother me, I probably wouldn't have had the surgery," Nelson said. "But nothing major. I had an opportunity to get some things cleaned up. We did it, and I think it was a good move and feel good about where we’re at moving forward."

> Starting corner: Casey Hayward's bid to replace Tramon Williams as the staring left cornerback is off to a slow start. Hayward did not practice Thursday and said he has missed most of the offseason workouts because of a foot injury. Second-year pro Demetri Goodson, who did not play a single snap on defense last year, was paired with Sam Shields as the No. 1 corners. First-round pick Damarious Randall, who missed rookie camp with an ankle injury, did only individual drills. Second-round pick Quinten Rollins worked with the No. 2 defense at right cornerback.

> Quick recovery: All three players coming off ACL reconstructions – receiver Jared Abbrederis, guard/tackle Don Barclay and outside linebacker Andy Mulumba – took part in individual drills but did not do any 11-on-11. Abbrederis and Barclay were injured early in training camp last year, and Mulumba was injured in Week 2 against the New York Jets. Their early return to practice suggests all could be ready for full-time participation in training camp. "I have no long-term concerns medically with anybody on our roster right now," coach Mike McCarthy said.

> Raji at the nose: There appeared to be no limitations on B.J. Raji, who missed all of last season because of a torn biceps tendon. Raji did both individual and team drills and was back at his old nose tackle position. That meant Letroy Guion, who filled in for Raji at nose last year, moved to end in the base 3-4 defense.

> New drills: The most interesting new drill in practice came during a punt return period. The returners each had a ball in their left hand while trying to field a punt with their right hand. Randall Cobb, Micah Hyde, Abbrederis and Rollins were the primary returners. Rollins muffed several returns before he got the hang of the drill.

> Play of the day: Hyde came all the way from the slot position to make a leaping interception along the sideline during an 11-on-11 period. He picked off a Scott Tolzien pass intended for rookie receiver Javess Blue on a fade route.

> Taking attendance: A total of nine players missed practice completely. Quarterback Brett Hundley and receiver Ty Montgomery were in Los Angeles for the NFL Rookie Premier event. Rookie linebacker James Vaughters could not participate because his alma mater, Stanford, is still in session. Both he and Montgomery, also from Stanford, should return for the mini camp June 16-18. Outside linebacker Julius Peppers was ill. He practiced the previous day, which was closed to reporters. Those out with injuries were: Hayward, Nelson, outside linebacker Nick Perry, outside linebacker Mike Neal and defensive end Josh Boyd.
Green Bay returns to OTA this week starting June 4th. Much more here as the season gears up !


After a month of work Wisconsinsportstalk.net has been reborn with our new forum software and a new outlook on the rest of 2015.

In the last 24 to 40 months I tried hard to be something we are not. More of the normal 'rah rah " site. Frankly there are many many of those. But I have always been more objective and tried to look closer at the flip side of every issue.

From here on out we will go back to what I envisioned back 8 almost 9 years ago. a sports forum/blog  and community that's more like your local bar.

I invite you to try our community, no cost and no risk. Come by and chat with my forum family. Once you join we have 24/7 chat going on and a few other features. Our blog is an open canvas for any member that wants to write..no strings.


On that note we are always looking for bloggers and freelance writers who want a canvas and have something to say. Please give our new forum a look http://www.wisconsinsportstalk.net/ and if you would like to write for us or maybe have questions about joining up please email us at wissportstalk@outlook.com

Mark and the Wisconsinsportstalk family.
Posted by Mark at 5:48 PM No comments:

To Favre Or Not Favre ? This Is The Question ? !

Well it's time. I can no longer avoid the Favre situation. Brett will become a Pro football HOF member and will be honored in GB as well. No more shying away from it so let's go.

First let me say I was as big a Favre fan as there was, I loved that gunslinger and wept at his retirement presser.

I was amis in the cluster that followed and was completely pissed off after the Viking debacle. No doubt about it nobody anywhere handled any of it right. Myself included.

Now a few years later it's time to honor the man for the positive things he did in GB, for helping to rekindle the fire in a struggling franchise. I completely understand those still ticked off but the right thing to do is bury the hatchet and move forward.

No I don't expect everyone to put on the old #4 jersey and jump up and down, I do think that our franchise and fanbase are above any petty bickering and childish BS. I personally would not pay to see any of those ceremonies, I will watch on TV and I will smile at the end... remembering that old gunslinger throwing a TD where no one else could... jumping around like a pop warner QB after his first TD.


While many consider this honoring just #4 I would disagree, this will honor the rebirth of the franchise and many great players like Reggie, Leroy Butler, Sterling Sharpe and Edgar Bennett just to name a few.  So while I still have many different feelings about Brett I relish the opportunity to relive some of those great moments of years gone by.

Those are my  thoughts on this Favre occasion coming up.  GO PACK GO !!!
Posted by Mark at 5:04 PM No comments:

According to a recent Fox Sports Wisconsin article http://www.foxsports.com/wisconsin/story/green-bay-packers-sign-several-late-round-draft-choices-050815 the Packers just signed the following late round draft picks. I'm excited about the news because I think Greenbay got a bunch of steals. It will be interesting to see who ends up making the biggest impact. I think that Jake Ryan is capable of becoming a star.

Posted by Anonymous at 5:38 PM No comments:

The Brewers are so bad they're throwing carnival night

The Brewers are so bad they're already considering a fire sale.
http://www.inquisitr.com/2067769/milwaukee-brewers-fire-sale-trades-could-come-for-carlos-gomez-other-brewers-veterans/

My Reaction To The Packers Draft

I'm happy with the Packers draft. I think Ted Thompson did an excellent job of addressing the teams defensive needs. Former Bruin Brett Hundley is arguably the most interesting pick of the draft. I'm going to give the Packers a B.What grade would you give their draft ?

Posted by Anonymous at 2:27 PM No comments: